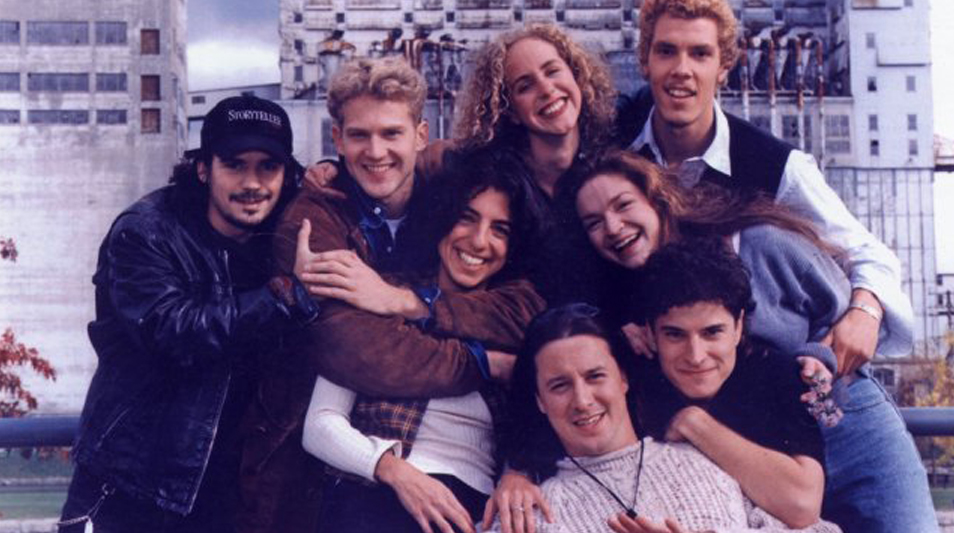 La Course Destination Monde was a flagship television program on Radio-Canada television (1988-1999) that inspired a whole generation, and launched the careers of some of Quebec’s most celebrated filmmakers and creators – including Denis Villeneuve, Philippe Falardeau, Francois Prévost, Robin Aubert, and many others.

Chosen after a long selection process, the candidates traveled alone around the world for six months, and every 9 days, had to make a 4-minute short creative documentary.

In my year (1997-98) I was the youngest candidate – I was also the only anglophone in the history of the show. Our year marked the 10th anniversary of the show, so we were specially invited to choose a “parrain”, a mentor, from previous years : I chose Philippe Falardeau, who gave me wise (and funny) advice while I was on the road.

Back in Montreal, the show invited celebrated artists and filmmakers to come as guests, comment on our films, and rank them. In our year, guests included Robert Lepage, Francois Girard, Robert Morin, and Pierre Falardeau.

La Course was a life-changing experience for all of us: a fly-by-the-seat-of-your-pants film school (kind of Herzog-style), where DIY resourcefulness was the only option, and we were challenged and encouraged to experiment, push the boundaries of the personal documentary, and find our creative voice.