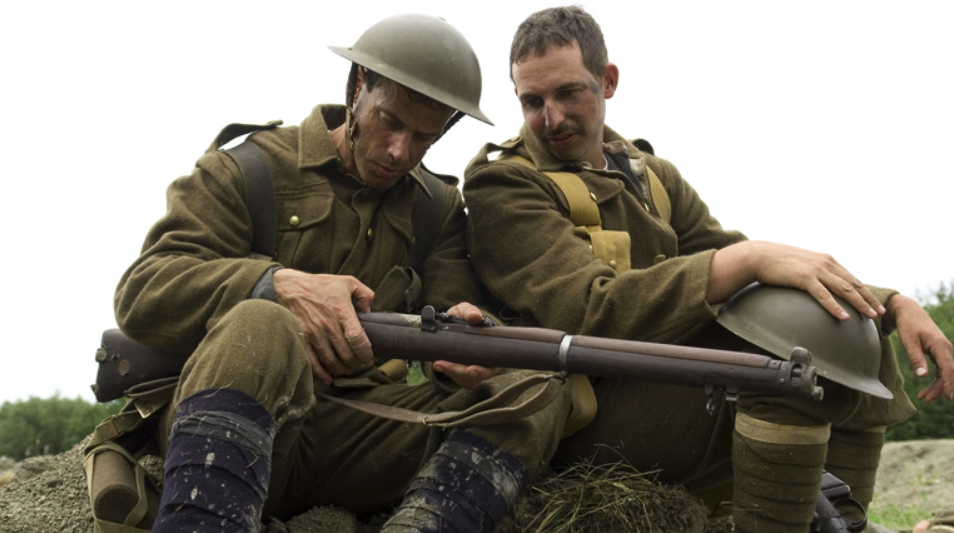 THE GREAT WAR EXPERIENCE follows the adventures of the 150 descendants who spend two weeks in a First World War military camp, filming the CBC documentary The Great War. Living in period tents, sleeping on the ground, they are trained as soldiers – preparing to relive the battles fought by their ancestors. I was an ¨embedded filmmaker¨ in the camp, wearing the same uniform, sleeping on-site. Without the constraints of a camera crew, I became ¨one of the soldiers¨, gaining intimate access to situations and emotions as they happened.

THE GREAT WAR EXPERIENCE is about these young Canadians’ desire to connect to the experience of their ancestors, and keep their memory alive. In the spirit of their ancestors, they endure the hardships imposed on them — sweating in wool uniforms, eating bully beef and bread, being disciplined by British officers. As they embark on this strange military adventure, they are looking for echoes of a distant past, feeling the presence of ghosts; and connecting to Canadian history in the most personal way – realizing that history belongs to them.