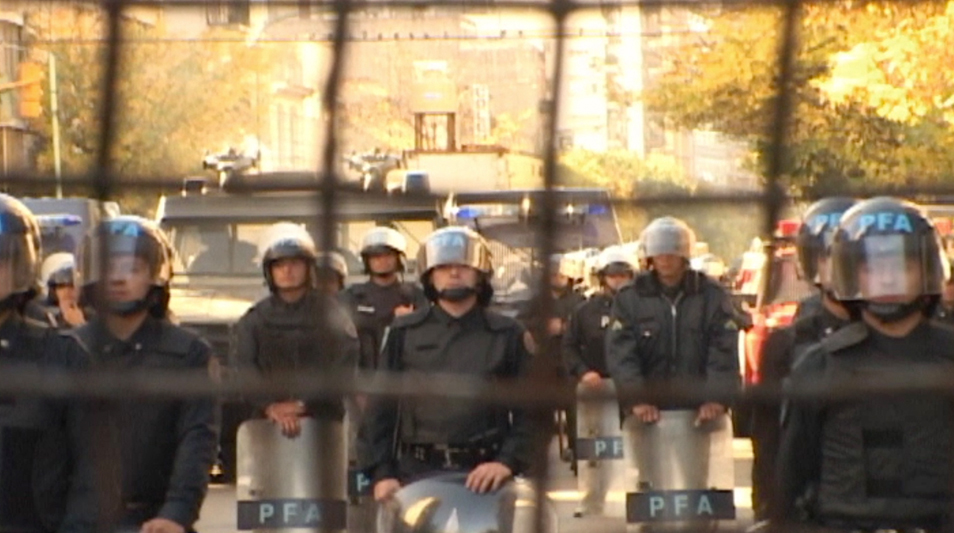 Fire the Director: The Making of The Take

The making of The Take, with Avi Lewis and Naomi Klein, was a kind of political and filmmaking experiment in itself. Inspired by the direct democracy movement we were documenting – workers reclaiming their factories and forming collectives “without bosses” – our approach (with a crew of 15, half Canadian, half Argentine, working and living in a former factory in Buenos Aires) was also, to a certain extent, collective/horizontal. But at one point, when making a movie – does somebody need to take control, and be the boss (or the “dictator”)? Fire the Director is a playful film about our filmmaking process – including our own “workers’ revolt” against Avi, the film’s director. The film’s tone becomes more serious when we’re confronted with tear gas and a police repression, and someone gets seriously hurt.

Fire the Director was featured on the The Take DVD, and now online here:
https://vimeo.com/202966000