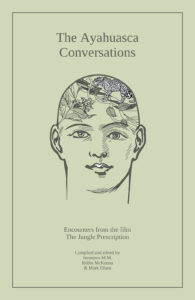 This book stems from the collected transcripts of what is now a fifteen-year inquiry into the implications of ayahuasca in the realms of Western culture and modern medicine.

During the shooting of our film The Jungle Prescription (now under the working title Medicine, in its feature version), we recorded hours of fascinating conversations, featuring some of the most knowledgeable minds in the world of ayahuasca, discussing the plant and its possibility. Only a small fraction of the rich material we amassed made to the film.

Now for the first time, we present a carefully selected offering of these encounters – with pharmacologist Dr. Jordi Riba, psychiatrist Dr. Josep Maria Fabregas, author Ralph Metzner, and many others – made available exclusively through this book.

At the heart of the story is a plant preparation from the Amazon that is creating a ripple effect: one that might forever alter the way we understand human health. 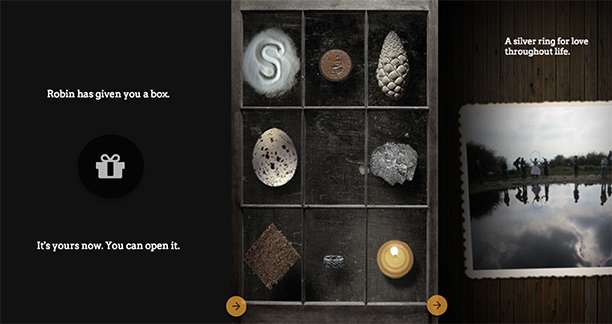 UK artist Clare Whistler and I connected via Lewis Hyde, author of The Gift- a book that served as inspiration for both my film GIFT and her multi-year art project, Gifts. She participated in Gift it Forward, our artist-box interactive project accompanying my film. And I contributed a piece, about my experience at Shakespeare & Company bookstore in Paris, to her book.

Clare Whistler’s Gifts project was inspired by a naming day gift for Clare’s eldest son in 1989. It was a box containing an egg for life, some coal for heat, evergreen for eternity, salt for health, a candle for light, bread for food, a coin for wealth and a silver ring for love throughout life.

Over ten years, from 2005-2015, Clare placed each of these elements in turn at the heart of its own remarkable creative hub, generating a cycle of artistic collaborations and relationships and re-energising the meaning and cultural significance of gift-giving.

This book brings together the artists, the art, the places and the thinking behind all the stages of Gifts and weaves in the memories and responses of guests invited to the events that marked the culmination of each element. Essays on different aspects of gifts and gift giving, along with generous offerings on ritual, collaboration, folklore and creativity together make an astonishing and beautiful book. 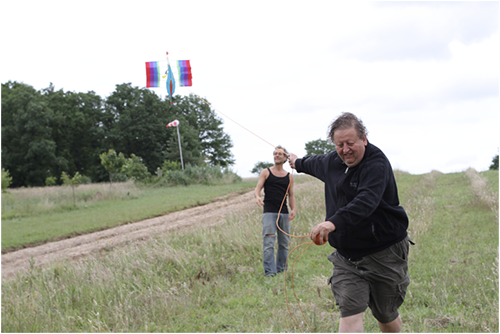 Peter Wintonick, kite-flying/preparing to take flight. With our friend Hubert Sauper, at his farm, somewhere in the French countryside.

Peter Wintonick, kite-flying/preparing to take flight. With our friend Hubert Sauper, at his farm, somewhere in the French countryside.[/caption]

The original producer of GIFT was my beloved friend and mentor Peter Wintonick, who left us unexpectedly in fall 2013. The film is dedicated to him, and I wrote this piece about him in POV magazine:
http://povmagazine.com/articles/view/a-man-of-many-gifts

Peter’s interview with Hubert, from our time together, with my introduction, here:
http://povmagazine.com/articles/view/the-pov-interview-hubert-sauper-in-conversation-with-peter-wintonick 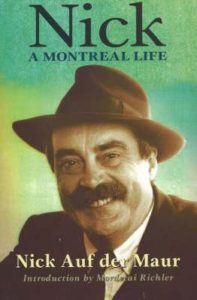 A tribute to Nick Auf der Maur, Montreal maverick and my beloved, troublemaking godfather, who left us in 1998. I contributed a piece, in the unlikely company of Conrad Black, and Brian Mulroney – along with Melissa Auf der Maur, Jacob Richler and many others.

“Nick Auf der Maur was in journalism and politics. He thought there was honour in both. He also thought both should be fun. He was primarily a newspaper columnist, not a crusader, but a storyteller in love with his city, Montreal. When he wrote about other cities, he always used Montreal as his point of reference. When he became ill with cancer over Christmas of 1996, he decided to share his news with his Montreal Gazette readers. Some of his best work was done in the last year of his life. He faced illness with courage and good humour, and he touched a deeply responsive chord in his readers.” 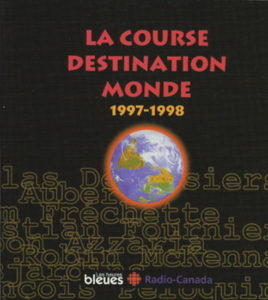 The collective book we created about the life-changing experience of La Course destination monde.